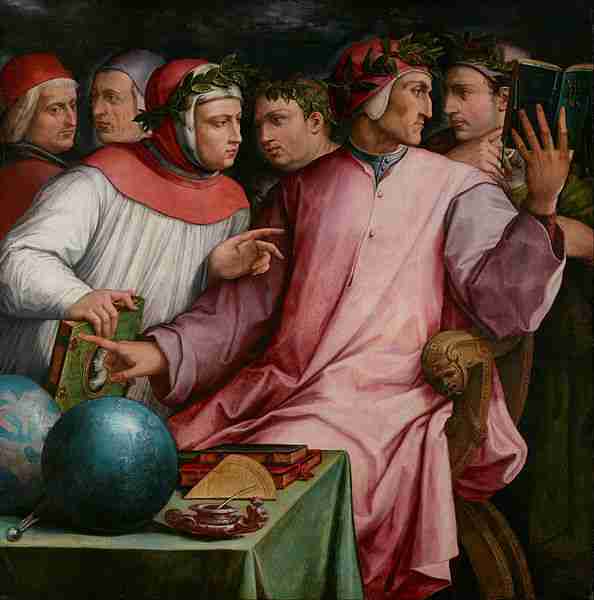 There could not have been a better occasion to get to know a complex figure as Dante, than the celebrations for the 700th anniversary of his death.

The tour aims to offer visitors an in-depth unconventional study of the figure of Dante.

He was a poet but also a politician, one of the most brilliant minds of his time and not only that: he was also an affiliate of the Confraternity of the Fedeli d&#39;Amore
and perhaps also a Templar.

Visiting the Cerchi, Donati, Della Bella and Galigai towers where the Guelphs and Ghibellines lived and then the Piazza di Sant&#39;Elisabetta, we arrive at the Piazza del Duomo which will be the last stop on our tour, where “Il bel San Giovanni”, place of Dante&#39;s baptism, will be illustrated from a symbolic point of view.

Half-day outdoor tour available every day:
if open, the tour includes the free visit at the Oratorio dei Buonuomini di San Martino, the Santa Margherita Church and the Fishing Lab Restaurant with the frescoes by Jacopo di Cione and Ambrogio di Baldese.

– 2) “Florence and the Fedeli d’Amore Confraternity”

The tour will wind through the places where we find their traces, showing an
unknown and secret Florence.

The tour will examine how they sought to escape from the rigours of the Inquisition.

The itinerary starts from Santa Maria Novella Church, stronghold of the Dominicans to end in Piazza di San Pier Maggiore, once the site of an ancient church and convent, and probable meeting place for the members of the Confraternity.

Half-day outdoor tour available every day:
if open, the tour includes the free visit at the Santa Maria Maggiore Church and the Fishing Lab Restaurant with the frescoes by Jacopo di Cione and Ambrogio di Baldese.

No comments to show.